Fox News: Military veteran creates nonprofit to get Americans, allies out of Afghanistan

Fox News: Military veteran creates nonprofit to get Americans, allies out of Afghanistan 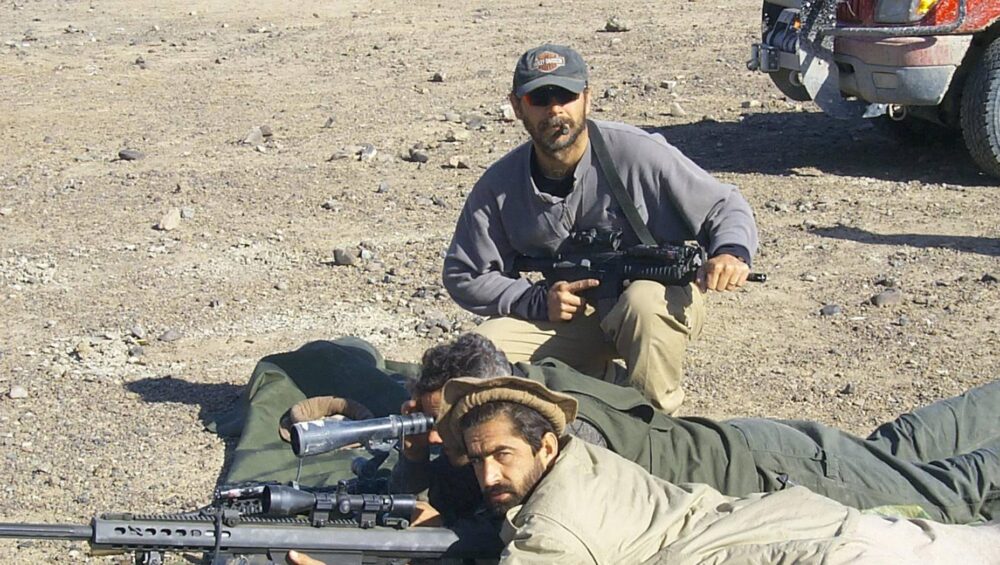 A retired U.S. Army Special Forces soldier has organized a nonprofit effort to get American citizens and Afghan allies safely out of Taliban-controlled Afghanistan – and so far, he has had success evacuating nearly 1,000 individuals.

AFGfree was founded by LTC Perry Blackburn, a member of the “Horse Soldiers” who were the first U.S. boots on the ground in Afghanistan after Sept. 11, 2001.

“We are first in, last out,” the AFGfree website says. “You can help.”

Blackburn told Fox News the network is made up of nearly 400 veterans – but not just military veterans.

“It is anybody that has a touch point in Afghanistan,” Blackburn said. “Like those who worked with NGOs, State Department, military, U.S. aid workers, civilian workers, doctors, nurses – we’ve come together and galvanized in networks of people.”

Blackburn told Fox News that the organization is currently in touch with approximately 2,200 people in Afghanistan but said that number “fluctuates.”

Blackburn told Fox News he is personally in contact with 43 American citizens and legal permanent residents stuck in Afghanistan.

“People contact us every single day, by the bunches,” he said.

At this point, Blackburn said his network has successfully evacuated more than 970 people from Afghanistan. AFGFree works with other organizations, like the Nazarene Fund, to contract flights out of the country.

“All the networks need is money to contract aircraft, to keep the promise of getting our Afghan partners out of Afghanistan,” Blackburn said. “And that means people that are documented, and the families that are attached to those documented people.”

Now, Blackburn and his colleagues are looking to partner with the federal government. They met with State Department officials last week – a meeting that was intended to “open a dialogue so that we can get our partners safely out of Afghanistan,” he said.

Blackburn said they intended to “leverage the State Department and their capabilities,” including “any political capital they have with third-party countries.”

“You don’t understand how bad this situation is going to get unless we open the borders, which are closed because of our actions, and the State Department has to understand that,” Blackburn said. “Our actions have created this, have closed them down, because the borders weren’t closed before we started retreating.”

Blackburn said State Department officials realized in the meeting that “we are truly working with a lot of people and we are serious about it.”

Blackburn said, though, administration officials are “locked in this bureaucratic mindset with processing paperwork,” while he and his colleagues can provide other options to “help them do their jobs.”

Blackburn explained that administration officials are trying to figure out what a “private-public partnership could look like.”

“We’re just moving much faster than they are,” Blackburn said.

Blackburn’s organization is one of several seeking to aid those left behind in Afghanistan following the full withdrawal of U.S. military assets from Afghanistan on Aug. 31.

The Biden administration said the military mission was complete and had instead shifted to a diplomatic one. At the time, administration and military officials said they successfully airlifted more than 124,000 individuals out of Kabul’s Hamid Karzai International Airport, including 6,000 American citizens.

But Biden administration officials have confirmed that thousands of Afghan allies and more than 100 American citizens remain in Taliban-controlled Afghanistan.

Blackburn said that creating AFGfree was an “emotional response for us.”

“For 20 years, we provided this capability, this capacity, for Afghans to live moderately free, to buy into the promise of liberty and women’s rights, and all these things we hold dear, and Afghans started gravitating toward that,” Blackburn told Fox News. “And then we watched what happened last month, and I think this is what galvanized us so quickly.”

“These people put their lives on the line with us, these interpreters,” Blackburn said, estimating that approximately 4,000 Afghans died in the war “fighting alongside the United States.”

Asked about his service in Afghanistan, Blackburn said: “It almost doesn’t even matter now.”

“I feel like I spent my youth at war for this country. My kids spent their youth at war, my kids went to war,” Blackburn said. Blackburn’s sons both served in Afghanistan, one in the Infantry and one in the Chemical Corps.

“I was in the special forces group and we went into Afghanistan. And just in this totally austere environment, surrounded by the Taliban, al Qaeda, foreign fighters trying to kill us,” Blackburn recalled. “We were slugging our way through Afghanistan to defeat the Taliban.”

Blackburn said he has “always felt” that the U.S. should maintain a presence in Afghanistan, “at least until a generational change.”

“We move them around to keep them safe when they’re worried about their safety, which is starting to happen more and more,” Blackburn explained.

Blackburn said the organization sends money to individuals who they believe to be “trusted agents” in Afghanistan. Those individuals provide the organization with a “monitoring of the situation” and look for hotels, apartments and homes that are away from Taliban influence.

“But that doesn’t mean that night the situation is not going to change,” Blackburn warned, saying the process is fluid as the Taliban settle into power. Brooke Singman is a Politics Reporter for Fox News. Follow her on Twitter at @BrookeSingman.